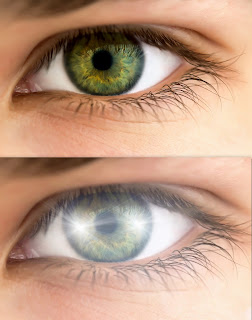 On the world of Androva, everyone is born with the potential to become a magician. At some point during the thirteenth year of life, inherited magical energy grows enough to ignite a spark around which the force field can grow.

This silver force field is the magician's to command. It is part of him or her. It can be filled with spells of different colours and projected outwards from the hands. It can expand to cover the magician from head to toe. It can be suppressed until it is just a tiny flicker deep inside the magician's mind.

Strength and ability vary enormously, and no two magicians will perform a particular spell in exactly the same way. However, when the force field is being projected, or when the magician is close to a large amount of living magic, you can see it in the magician's eyes. It takes great skill to completely prevent this visible sign. Fortunately most Terrans think that they have imagined it, or they explain it away as a trick of the light!