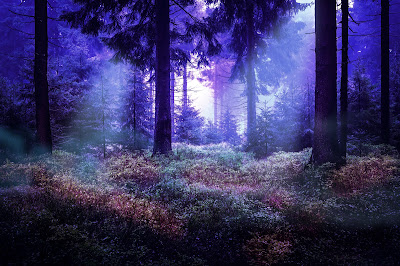 Now that Engraved in Magic has been released, I'm faced with the very happy task of deciding what to write next. I'm pretty sure it's going to be another Beyond Androva book, but we'll see ☺. There are so many possibilities at the beginning of a new story, and I'm looking forward to getting started!
To help me decide, I spent a little time in the imaginary setting that is Xytovia's xyleander woods interviewing Kellan, one of the new characters in Engraved in Magic. Thank you very much for visiting my blog today, and I hope you enjoy meeting Kellan!

Interview with Kellan, set before Engraved in Magic

Me: Thank you for agreeing to this interview.

Kellan: (smiles faintly) I don’t have much ability to influence what happens in here. Dimension Cells are pretty good at restricting a person’s choices.

Me: I suppose so. Although you could have ignored me.

Kellan: I know. I considered it. But an imaginary visitor is better than nothing. Why are you here?

Me: I’m a writer. I’m going to write about you.

Me: Is that a problem?

Kellan: (sighs) No. Even before they convicted me, I knew a biography was planned. I just… I guess I thought my imagination could do better.

Kellan: (folds arms) I have to warn you, I’m not interested in talking about my life history. I can’t think of anything more boring than sifting through my childhood memories. And if you’re expecting me to tell you whether I’m guilty, you’d better make yourself comfortable because you’ll be waiting a long time.

Me: I’m not that sort of writer. I tell stories.

Kellan: Stories? What kind of stories?

Me: Mainly about magicians your age having life-threatening adventures. There are enterprising villains, dangerous spells, magical journeys… that kind of thing.

Kellan: Hmm. I suppose that could be interesting.

Me: There’s romance too.

Me: There are also different worlds.

Kellan: (frowns) Impossible. I might consider participating in far-fetched fiction, but not outright fantasy. Xytovia is the world. The sun, the moons and the stars aren’t inhabitable. Those are facts.

Me: Don’t tell me you’d rather stay in here. Besides, it might be fun.

Kellan: I’d rather keep my dignity intact if it’s all the same to you, Storyteller.

Me: (considers) I suppose I could rewrite your part. It would be a lot of hassle, but if you’re really not keen…

Kellan: (eyes narrow) My part? What do you mean? I thought this was my story.

Me: I never said that.

Kellan: Obviously, I assumed it was. Who on Xytovia has a better one?

Me: You’ve been in here a long time, Kellan. Xytovia has changed.

Me: I’m offering you the chance to find out for yourself.

Kellan: No. Tell me. And it had better be good if you want me to downgrade myself from protagonist to supporting character.

Me: I can’t tell you. I’m sharing this interview with readers, and spoilers would be a bad idea. But I do think it’s worth it. Your role is vital to the story.

Kellan: (sarcastically) Awesome. Next you’ll be telling me I die to save the hero.

Kellan: (rolls eyes) I never thought I would imagine a visitor as annoying as you. My subconscious must be very keen to escape.

Kellan: (pauses) I suppose so. (brightens) Anyway, who’s to say I can’t change the story once I’m a part of it?

Me: If any character could manage it, you would be the one.

Kellan: Is that a compliment?

Kellan: (grins) I’ll take it. When do we start?

Me: You won’t have to wait too long. You turn up in Chapter Six.

Kellan: OK. You know, you really should consider giving me my own book one day. Promise me you’ll think about it.

Me: I promise I’ll think about it.

Me: And that’s the end of the interview. Thank you very much for reading!