Contrary Characters (Or When Your Protagonist Won't Do As He's Told) 🃏 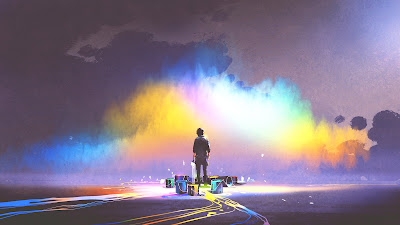 “There are people who think that things that happen in fiction do not really happen. These people are wrong.”
― Neil Gaiman

“While we read a novel, we are insane—bonkers. We believe in the existence of people who aren't there, we hear their voices...”
― Ursula K. Le Guin

“With reading, we get to live other lives vicariously, and this is doubly so with writing. It is like a lucid dream, where we guide the outcome.”

Today’s blog post is a writing update for the Beyond Androva series, and the update comes with a few thoughts on the consequences of creating a strong-willed character. The character I’m talking about is Kellan, a seventeen-year-old magician who escaped from prison just in time to turn the events of Engraved in Magic upside down. He’s graduating from secondary character to protagonist.

As a self-confessed pantser (someone who “writes by the seat of their pants” instead of planning stories in advance) I’m accustomed to letting my characters take the lead. Stories evolve around their choices. I approached the new book in the same way, but I hadn’t written more than a thousand words before I had to confront a couple of Kellan-sized problems. 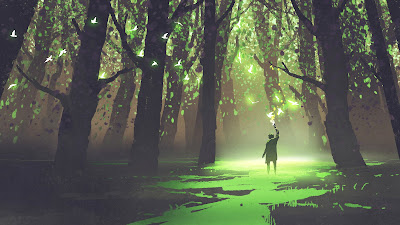 First problem: “It’s not your story, it’s my story…”

I might not plan stories in advance, but I always know how they’re going to start.

In Matched in Magic, Serena’s adventure naturally began as she went to Xytovia for the first time and met Art. In Engraved in Magic, Art picked up the story at the exact moment Serena stopped, so I could explore the aftermath from Art’s point of view.

I meant for the third book in the series to follow that pattern. After the prologue, which takes place about a century before the main timeline, Kellan would take over where Art left off, focusing on the search for his grandmother. That’s what I tried to write. Several times, unsuccessfully.

Kellan insisted the story had to begin at the moment he went into the Dimension Cell. This was something I didn’t want because it would require a retelling of Engraved in Magic’s plot. Kellan argued that important things had happened while he was off the page, things that were vital to “his” story. He also said his version of events would be much better than Art’s.

(By the way, I know it’s strange to describe Kellan as if he’s a real person... He’s not real, of course, but in the context of my writing imagination, he exists, and he has very strong views!) 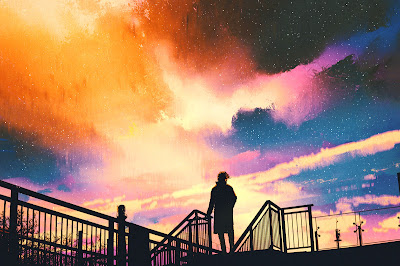 Each Beyond Androva story is told from a different point of view as the series arc evolves and its focal point moves between characters, but the incoming protagonist/narrator isn’t a stranger. They’ve been introduced through the eyes of the outgoing protagonist.

However, despite Kellan’s contribution to Engraved in Magic, I didn’t feel like I knew him at all. His point of view is hard to write! On the face of it, he isn’t a particularly sympathetic/likeable character. His self-confidence borders on arrogance and he has very little accountability. It took me a while to get past his exterior to the person underneath, and the Dimension Cell scene (the scene I hadn’t planned on writing) turned out to be really important.

In conclusion, I’m pleased to say that the third book in the Beyond Androva series is officially underway with a starting point that seems to be working and a (mostly) willing protagonist. I’m not sure how the prologue will link up with Kellan’s story, but I’m looking forward to the journey!

Which fictional characters are your favourites? Would you choose to meet them in real life if you could? Thank you very much for visiting my blog today 💕.

Out of your books I would have to say Galen. He is my favorite character above all else. I don't quite know why, but he was amazing. I would personally love to meet him in person, because he was the best.

Thank you so much for commenting. I'm very happy to hear that you'd choose Galen. When I was creating the spin-off series, I almost based it on Cal and Imbera, but in the end I chose Serena so I could keep Galen around :-)

Oh, how I recognize characters taking the lead in where the story is heading. I write completely different stuff (epic histories set in the early 20th century) and I am sometimes totally surprised and overruled by my characters. Like that guy that didn’t want to die in a boating accident. I found him a nice train crash instead. Problem with historic fiction however is, you have to get your facts right.

Thank you very much for your comment, Maria. Strong-minded characters certainly bring an element of the unpredictable, don't they? It's challenging when you have historic facts to work around, but it's an opportunity too. You can find creative ways to reinterpret past events.