Characters And Their Arcs 🎢 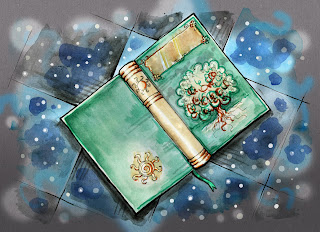 “A story only matters, I suspect, to the extent that the people in the story change.”

Characters are the heart and soul of every story. They bring it to life, allowing the fictional world between the pages to become a part of the reader’s imagination. But more than that, characters evolve. The story is their journey.

It got me to thinking about the writing process and the importance of character arcs. Today’s blog post is a few words about my approach with examples from the Beyond Androva series. I should point out that I’m far from an expert, and no two writers will have an identical experience. Characters are endlessly diverse, unpredictable, and stubborn too! It often feels like they have their own ideas about the way they should be written.

At the start of each new book, I create a basic three-point plan for the protagonist: ⬇⬇⬇

**In this context, plan is not the same thing as a story outline. I’ve mentioned in previous posts that I’m a pantser—someone who “writes by the seat of their pants”—which means I’m not great at planning the story in advance** 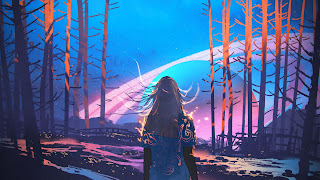 I think the protagonist should be someone the reader can root for. They don’t have to be perfect—because perfection isn’t appealing or realistic!—but having a few likable traits is a good starting point. My hope is that readers will care about my protagonist(s) enough to want to find out what happens to them. 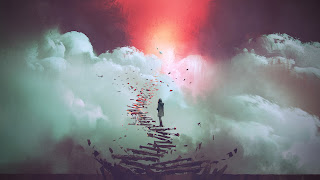 Every protagonist needs a few challenges. Some of the challenges are due to external circumstances while others are more internal. I guess you could call them character flaws, or maybe idiosyncrasies would be a better term! Whatever you call them, they give the reader something to empathise and/or identify with. It’s easier to become emotionally invested in a character that has room to grow, and it helps to define the starting point of their arc.

Matched in Magic (Serena): She’s impulsive. She gets frustrated with her brother’s attempts to protect her. She wants to escape her past by making a fresh start.

Engraved in Magic (Art): He’s been told his whole life that he’s less than, and he believes it. He has no autonomy. He’s scared of the future.

Lost in Magic (Kellan): He’s overconfident. He doesn’t trust anyone but himself. He’s determined not to make any friends or to let down his guard when he gets out of the Dimension Cell. 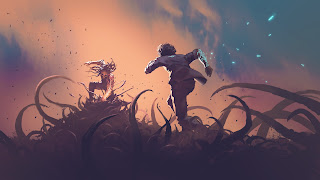 The protagonist’s journey has to be convincing. Someone shy and retiring, for example, is never going to become super confident, no matter how many challenges they successfully overcome. What they can do instead is learn how to take a few risks and trust their instincts. They can surprise themselves.

I also think it’s important the ending makes sense. Each protagonist should get the chance to defeat their opposing villain in a way that gives them closure. It wouldn’t be great to arrive at the end of the story and leave the protagonist stuck halfway through their arc.

(The character info below is deliberately cryptic to avoid spoilers…)

Matched in Magic (Serena): The people she meets in Xytovia challenge her to think and behave differently.

Engraved in Magic (Art): He discovers something about his magic that forces him to re-evaluate who he is and what he’s capable of.

Lost in Magic (Kellan): Everything he thought he knew about his past is turned on its head, and he has to reconsider the kind of person he wants to be.

If you’ve read any of the Beyond Androva books, you may or may not agree with my character assessments! Right now, I’m working on book four, and I have a brand-new protagonist. Averine’s arc is interesting to figure out because she was partway through her story when her character was introduced in Lost in Magic. That means I’m writing toward a fixed reference point, which is something I haven’t done since Galen’s book.

Do you have a favourite character arc as a reader? I would find it hard to choose because I like all kinds, as long as they end well. I’m definitely a fan of happy endings. I hope you enjoyed today’s post, and thank you very much for visiting my blog 💕.

Extensive for me. I’m taking a look ahead ?n your subseq?ent publish, I’ll try to get the cling of it!
Home Decor
Home decor ideas

Going through this post reminds me of my previous roommate!
Living Room Decor
Office decor ideas