What is The Code? 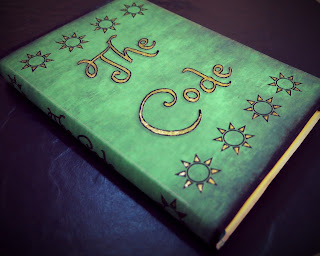 The Code is basically a list of rules that everyone on Androva has to follow. Jax shows this book to Shannon soon after they first meet.

Like a lot of things on Androva at the start of Stealing Magic, The Code doesn't allow much room for experimenting or imagination. Everyone was expected to do exactly as they were told.

The twenty members of the Androvan Council had the best of intentions when they wrote The Code this way. And they had a very good reason too. But the thing is, when you make the rules this strict, eventually somebody is going to try to get around them... isn't that right, Jax?