The Legacy of Androva M to Z

Today's post is the second half of my A to Z, with more pictures and info about my characters and the worlds they inhabit.

M is for Manipulation

The fourth of the six disciplines taught at the Seminary. If a spell is used to create something, or to change it, or even to destroy it, then it belongs in Manipulation. Portals, and the spellstations used to generate them, are also included here. The picture shows what Fire and Ice Spells look like.

N is for Night
All magic-taking is supposed to happen at night (are you listening, Jax?). Although, now that I think about it, there is a scene when Jax goes magic-taking at night, but not until Seeking Magic, and his situation at that moment is not a happy one.

O is for Opta
The Opta are in charge on the world of Imbera. They all look a bit like ghosts, because their hair, eyes and skin are a combination of white and silver, with an occasional hint of purple. They're most definitely the bad guys, and the history of how they became so is told in the fifth book, Breaking Magic.

P is for Penny
Shannon's best friend, and Darius's girlfriend, Penny is a Terran who doesn't become a magician until later in the series. She is initially overawed when meeting Jax and Darius, but learns to hold her own later on (and then some!). She loves experimenting with make-up, (or "that Terran face paint" as Jax's father calls it), and has blue eyes and curly brown hair. She is nearly fourteen at the start of the series. 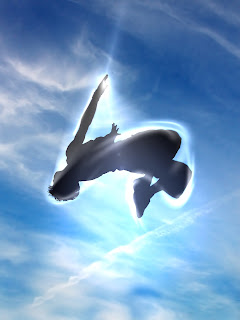 P is also for Physical
The fifth of the six disciplines at the Seminary, and a means of strengthening magical ability and reflexes. The basic Solo Transference spell involves projecting the force field to the very edges of the body, and then using that magical energy to defy gravity. Lessons involve anything from diving off the top of the Seminary building, to complicated obstacle courses.

Q is for Quota
At the start of the Legacy of Androva series, the Harvest Quota is all Androva cares about. Everyone of age knows that if magic-takers do not harvest sufficient quantities of living magic from Terra, the consequences for both worlds could be severe.

R is for Remedies
The last of the six disciplines taught at the Seminary. Remedies administer spells in a way that is both standardised and convenient. They tend to be different colours according to the type of spell used. Portal Remedies are slightly blue, for example.

S is for Shannon
The first Terran magician for nearly two thousand years, Shannon teams up with Jax for more than one life-threatening adventure. Her force field is incredibly powerful, and she also forces Jax to re-evaluate all of his preconceived ideas about the inferiority of Terra! Almost fourteen at the start of the series, she has brown hair and brown eyes.

S is also for Sygnus
See my separate post from October 2016 for more information. 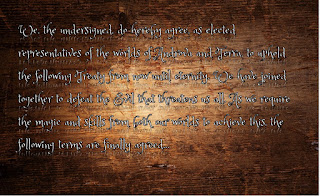 T is for Treaty (and Terra, of course!)
The treaty between Androva and Terra was agreed in order to contain an unspeakably evil magician. Unfortunately, the terms of the treaty were permanently shattered when Jax made a trip to Terra in daylight and allowed Shannon to see him. It's not revealed until Seeking Magic, but there is a particular reason why Jax's rule breaking was so damaging.

U is for Universal
Every underage magician is expected to learn the designated Universal Spells in each discipline, no matter how little or how great their ability might be. Individual Advanced Spells are then assigned by the professors on a case by case basis, to ensure everyone reaches their full potential.

V is for Valentina
Introduced in Controlling Magic, Valentina is seventeen, the same age as Penny's brother Andy. She's from Androva, and helps Penny to pass her year two assessment in Remedies. It's meeting Valentina that gets Andy really interested in Androva and magic, and once he's part of the story, his role becomes vital to Jax and Shannon's survival. Valentina has blue eyes and dark red hair.

W is for Woodland
There is a lot of this on Terra, but hardly any on Androva. It's the source of all the living magic upon which the terms of the treaty are built.

X is for Exta
On the world of Imbera, the Exta serve the Opta. In all ways, until death. When Jax and Shannon are facing the Breaker, the most evil Opta of them all, an Exta named Callax tries to help them, eventually putting his own life at risk to do so. Cal's story is told in Breaking Magic.

Y is for Years of Age
When it comes to Androva's rules of magic, age is pretty important, starting with the activation of the force field (or not, see previous A to Z). Underage magicians attend the Seminary of Magic for five years of training, until they come of age at eighteen.

At the coming of age ceremony, the Finality Spell is applied without exception, fixing the underage magician's ability forever. The Council also allocates a profession and endorses a match with another underage magician, both of which are intended to be for life. Shannon discovers this in Seeking Magic, and she doesn't like it!

Z is for Zero
The number of magicians on Terra at the start of the series, and also the number of scientists on Androva. My characters are gradually starting to change this, but it's going to take a while!

Thank you for visiting my blog and reading this week's post!