Writing without a plot 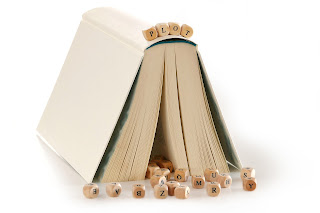 
I am a pantser, not a plotter, though I wish I weren’t. I would love to have the story of every book figured out, chapter by chapter, before I sit down and start typing. I have this (probably misguided) belief that if only I had an outline, I would never get writers block. I’d be able to fly through the entire process like one of the great eagles in the Lord of the Rings ☺. However, the skill continues to elude me.


The best I’ve been able to do in terms of plotting for my current series is to write a prologue – usually a short scene from part-way through the book where my characters are in a dangerous situation. Once I have this scene, it gives me something to aim for and some structure to the arc of the story. Where are they? How did they get there? Will they survive?

Then I write in a linear way, one chapter at a time. Some days it’s easy, other days it’s impossible. I have next to no idea of what I’ll write until I actually start typing.


Here is the prologue from Controlling Magic as an example. When I started writing this book, I had nothing to go on except these 256 words. It was a lot of fun figuring out the story, but I wish I’d been able to do some of that figuring out in advance!


The surrounding walls of water shivered slightly, as if the spell holding them back were weakening. The air was thick with moisture, and with every breath, Shannon was struggling a little more. The boy looked at her with a cold detachment that was much more terrifying than his previous cruelty.
“He won’t do it,” Shannon said through gritted teeth. She breathed faster, feeling as if her lungs were slowly filling up with water. The spell was taking all her strength, and her fear was making it more difficult.
“Do what?” he asked, sounding bored.
“Open the portal, of course!” she snapped.
He looked at her with an amused expression. “Weren’t you paying attention earlier? He will do whatever I tell him to.”
Jax was on his knees in the magically created underwater cave, and Shannon was hopeful for a second that the shock of the cold water had changed him back. “He would never harm Androva,” she told the boy, trying to sound confident.
The boy arched one white eyebrow. “Won’t he?” he asked.
Jax raised his hand, and, to Shannon’s horror, started to create the required symbols. They glittered silver against the water, the magical energy sharp and precise. Speechless with shock, she watched Jax prepare to open the doorway that would submerge Androva and everyone on it beneath a mile of seawater.
“Jax!” she said desperately. Jax turned. His green eyes were totally and utterly blank, as if he were in a trance. They looked straight through her. Shannon opened her mouth and screamed.


I take comfort from this quote, which describes my writing style pretty well:
“Writing a novel is like driving a car at night. You can only see as far as your headlights, but you can make the whole trip that way.” E. L. Doctorow.


How would you write, if you could choose? Would you be a plotter, or a pantser, or something in between? Thank you for reading!