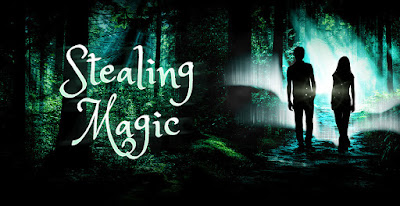 A few people have asked me how Jax managed to convince Darius to make that first forbidden trip to Terra in daylight, right at the beginning of the first book. I thought it would be fun to write a new scene as a way of explaining and today's blog post is the result 😊.  It was strange to revisit Jax's character as it was then—a little too over-confident and more interested in his own agenda than anyone else's.

I'm glad he ended up taking full responsibility for what happened, protecting Darius from any repercussions (at least on this occasion!). The last line of the scene is the first line of Chapter One in Stealing Magic. Thank you for visiting my blog today and I hope you enjoy the extra content! 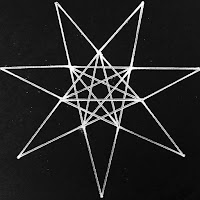 “Come on, Darius. Just one trip. What if I’m right? Imagine the opportunity. We’d be heroes for discovering it.” Jax stepped in front of his friend, preventing Darius from reaching the portal room door. He’d been waiting all weekend to catch Darius alone and was determined to make the most of his chance.
“No,” said Darius. He shook his head, frowning. “Is this why you wanted to walk me to the portal room? I thought it was a bit weird. Look,” he added, “I’m saving you from yourself, you idiot. They could remove our magic if we’re caught.”
“They won’t,” said Jax. “They can’t afford to. We’re the best magic-takers Androva has. Reaching the quota each month takes careful planning, which is why this could change everything. If my theory’s right…” He trailed off and raised his eyebrows expectantly. “Anyway, we won’t get caught. What do you take me for? I’ve been breaking the rules and getting away with it all my life.”
“You don’t always get away with it,” argued Darius. “And this isn’t like cutting class at the Seminary. We might end up breaking half the Code.”
Jax looked down at his feet. His black hair, too long as usual, fell onto his forehead. “I know the living magic is stronger in daylight. I know it. I just want my father to look at me with something other than disappointment.”
Darius sighed and Jax, keeping his gaze lowered, tried not to feel too guilty at the lie. He knew he’d get a flat No if he told Darius the real reason he wanted to make a harvesting trip to Terra in daylight. Although his theory about magic-taking was real, it would not have been enough on its own to spur Jax on to such an extent. Nor would a desire for his father’s approval.
“I don’t know, Jax,” said Darius. “Wouldn’t the Council already have tested the daylight thing?”
Jax raised his head. “Maybe. Maybe not. We’re underage magicians—always the last to know.”
“There must be a good explanation for that,” said Darius reasonably. “Otherwise someone would have told tales by now. Why don’t you just explain your theory to Revus? I bet he’d still be impressed.”
“You have a much more optimistic view about my father than I do,” muttered Jax. “Probably because you have two parents and they’re both OK. I mean… OK for parents.” He moved out of Darius’s way, and made to walk back up the winding staircase to the surface, shoulders hunched.
“Wait…” said Darius. “Just… give me a minute.”
Jax paused, biting his lower lip to keep from smiling. Darius was wavering and Jax knew it. There was a short silence.
“When would you want to do this?” asked Darius.
“Now,” said Jax. He turned to face Darius, keeping his expression calm by sheer force of will. Only his green eyes, glittering with excitement and a little magic, gave away his true feelings.
“You mean literally now? This minute?” Darius looked from Jax to the door and back again.
“Yes, right now, Darius, before you get second thoughts. I know the coordinates. It’s a small piece of woodland. I’ve been to it before. We can be there and back in a few minutes.” Jax leaned to push the heavy door open with one hand and grabbed Darius’s upper arm with the other. He pulled Darius inside the portal room and immediately began to activate the symbols on the walls.
Darius watched with wide eyes. “We’re really doing this,” he said in a low voice. “Are we… really… doing this?”
“Yeah.” Jax grinned. “Come on, get over here. If I could open the portal on my own I wouldn’t have pleaded for your help, would I?”
Darius smiled back. “I hope you know what you’re doing.”
“Come on,” said Jax.
Once Darius had activated the second set of symbols, the portal rose up from the spellstation. Its tell-tale shimmer brightened the darkness of the underground room and Jax gave Darius a triumphant look. He’d been half scared the portal might not open during the daytime after all.
Both boys stepped through together and had to cover their eyes at first. It was so much brighter than either of them had expected. Jax, squinting, looked left and right to get his bearings. He froze. She’s here, he thought.
Darius blinked. The grass under his feet was thicker and greener than he’d thought it would be. There wasn’t usually this much grass in Terran woodland and the colour was always faded at night. Keeping his eyes shaded, he turned to look for the trees and let out a gasp of horror.
“For the love of Androva, Jax! There’s a house! Where are we?” His voice was a fierce whisper. Jax didn’t answer and Darius was forced to look away from the house for a second to locate his friend. Jax was staring at a tree at the edge of the grass and lying underneath the tree was a Terran girl. Darius recoiled.
“OK, that’s it. We have to go back. Right now.” Jax didn’t respond. Darius dragged him none too gently by the arm until Jax was close enough for Darius to speak into his ear. “You must have made a mistake with the coordinates.”
Jax remained silent, giving Darius a guilty look.
“You are kidding me,” said Darius slowly. “I might have known there was more to it. A girl. A Terran girl. What if the portal closes? What if she hears us?”
“She can’t hear us. Look, she sleeps,” said Jax.