Today's blog post is another update on my next book, part of the newly named Light Mage Series, which is turning out to be a lot of fun to write ☺. It's for a slightly older audience than the Legacy of Androva, but there are some common elements—magic (obviously!), a bit of romance (this time it's m/m), and plenty of life-threatening obstacles. The magic works very differently though, and its backstory is more complicated. I've been world-building in my head whenever I get the chance, which is great because it makes the long commute to my day job seem shorter! This is the second chapter. The first chapter is in the bog post directly before this one.

Thank you for visiting my blog today, and I hope you're having a great summer so far! In the UK, our weather continues to be surprisingly hot and sunny, so I'm enjoying it while it lasts 😎. 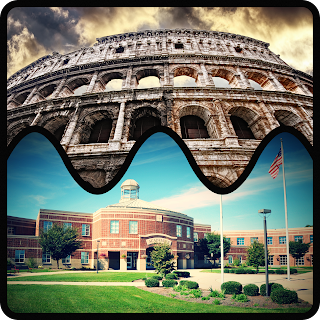 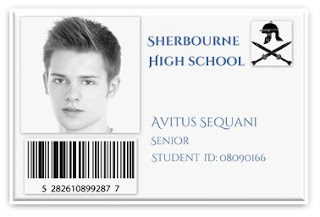 The card was duly printed and I put it in the back pocket of my jeans. I frowned when I realized there was a phone in the pocket as well, taking it out to have a closer look.
Why do I have a phone?
It immediately chimed with a text. The first few words flashed up on the screen inside a gray box. I fumbled to touch it before it disappeared, my fingers a little clumsy in their new earthbound covering.
“First restriction: now you’ve entered the school, you can’t leave it. I am only able to keep their attention turned away from you if you don’t stray far. Welcome to your new home. Have fun, won’t you, Luca?”
Him. That’s why I have a phone. I tightened my grip and the phone dug into my palm. I was growing more used to the physical sensations. My connection with this body was obviously increasing. Briefly, I wondered if that were a good thing or a bad thing.
“Guys, I need to pack up now. Unless you’re going to stay and help, you should get going,” said Mr. Mason.
“Oh, I’d love to help, it’s just that I’m expected somewhere else,” replied Mina sweetly. “Sorry, Mr. Mason.”
“Yeah, me too,” said Gabe. He nudged Devin with his elbow, but Devin remained silent. The puzzled look from earlier hadn’t quite disappeared from his face.
“I’ll stay. I’m not expected anywhere,” I added. Well, I’m not expected anywhere in this dimension. Besides, I was stuck in the school, and access to its student records was exactly what I needed.
Mr. Mason fiddled with the cuff of his shirt. “I was, er… kidding, er… Avi,” he said. “The janitor will be back later. You go on now.”
“I could stay a while,” said Devin. “My mom’s not expecting me until this afternoon.”
It was faint, but I didn’t miss Mr. Mason’s sigh of relief. I scared him. I should fix that.
“What?” said Gabe.
Mina pulled on his arm. “Come on, Gabe, let’s go join the others in the park. You owe me ice cream, remember?”
She walked up to Devin to say goodbye and gave him a kiss on the cheek. She put her mouth to his ear and looked straight at me as she spoke her whispered words.
“Don’t do anything I wouldn’t do.”
He gave an embarrassed cough. “Mina,” he said in a low voice.
“You can’t stay here. He’s dangerous,” said Gabe, taking a step forward. I could sense Mr. Mason’s horror as, for a few seconds, he thought Gabe might be talking about him.
“Ga-a-be,” said Mina slowly. “It’s the school cafeteria in the middle of the day, and the most boring teacher in the school is in charge. Nothing’s going to happen.”
She turned and held her hand to her mouth in pretend remorse. “Oh, I’m so sorry, Mr. Mason. I meant the most responsible teacher in the school is in charge.”
He pressed his lips together. I got the impression this wasn’t the first time she’d been openly rude to him. “Thank you, Mina. Are you leaving now, or did you just say that to get my hopes up?”
“We’re leaving.” She dragged Gabe after her. I felt sorry for him. He was only protecting his friend, and what he’d seen had been unpleasant. I would have made him forget it, but the opportunity to take him to one side had simply not presented itself.
And, there was still the niggling problem of his name. It was probably a coincidence, but… Gabe. Gabriel. One of the original seven. The skin on my neck prickled.
No. I won’t spend time worrying about something I can’t control.
Mr. Mason soon had us sweeping the floor, arranging the tables stacked at the side of the room into rows, and putting out the chairs, six to a table. On Monday, they’d be occupied by chattering students eating their lunches, and I might even have found the person I was here for.
It looked like I was going to have to be patient if I wanted the chance to use the computer on my own. My mouth twisted. Patient, I can do. I’ve had a lot of practice.
I glanced up from placing the last chair to see Devin looking at me. “What is it?” I asked. I put my hands on my hips and lowered my chin, pretending to be out of breath so I wouldn’t have to look into his eyes. I wasn’t out of breath. Lifting a few pieces of man-made furniture hardly compared to gladiatorial training.
“This is going to sound crazy, but your name is really familiar,” he said.
“No, it isn’t,” I replied automatically.
“I wasn’t asking you,” he said.
I frowned. “Why would a two-thousand-year-old Latin name be familiar to you?”
“I didn’t say it made sense,” he responded. “I just… I just…” He grimaced before continuing. “This is going to sound even worse, but in my head I can see you wearing, like, a tunic or something…”
Appearing horrified at his own words, he put his hands over his face. “Oh, shit, just forget I spoke,” he added, his voice slightly muffled.
I gaped at him. This is the fastest connection I've ever made. How can he see so much already?