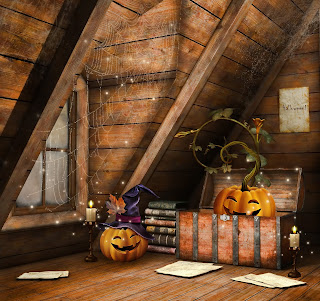 At the time of writing this blog post, 31st October is around three weeks away 👻. To get myself in the mood for Hallowe'en, I've been looking for something suitably scary to read. Actually, I'm exaggerating... I have a pretty low tolerance threshold when it comes to anything horror-related 😅. There are certain books (and movies) that still scare me years after I read (or watched) them, and that's not what I want right now. I was thinking more along the lines of something paranormal, or murder-mystery, or dark magic--that kind of thing. Not pure horror.

I looked around for some YA books fitting the description and these are the three I've chosen: 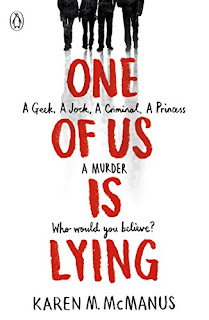 One Of Us Is Lying, by Karen M. McManus

Why I chose it:
The blurb reads like this book is a modern-day take on an eighties teen movie, with the added challenge of having a murder to solve. I like the idea that the narrative flips between so many different points of view--something that will hopefully keep me guessing when it comes to figuring out the identity of the killer (especially if one of the characters is an unreliable narrator).
Three interesting quotes:
“That's the kind of person you can get away with killing: someone everybody else wants dead.”
“I guess we're almost friends now, or as friendly as you can get when you're not one hundred percent sure the other person isn't framing you for murder.”
“I wish he'd listen, because if anyone knows how badly you can screw up your life when you decide you're not good enough, it's me.” 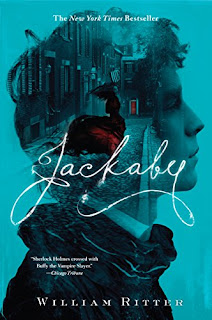 Why I chose it:
I'll be honest--it wasn't the blurb that attracted me to this book, and certainly not the tagline (it's a review quote from the Chicago Tribune). That's not because the blurb is bad. It's because I'm not particularly a fan of detective stories. However, I clicked the 'Look Inside' on Amazon after seeing the cool cover and reading the overwhelmingly positive reviews. It didn't hurt that the Kindle price was also pretty reasonable ($2 excluding taxes at the time of writing). And once I'd read the beginning of the story... I was hooked!
Three interesting quotes:
“I have ceased concerning myself with how things look to others, Abigail Rook. I suggest you do the same. In my experience, others are generally wrong.”
“...illusions, so many masks and facades. All the world’s a stage, as they say, and I seem to have the only seat in the house with a view behind the curtain.”
“'Don't feel too bad,' I offered. 'I met him face-to-face, and I missed it, too.'
'Yes, but no one expected you to be clever, Miss Rook.'
'Thanks for that,' I said.” 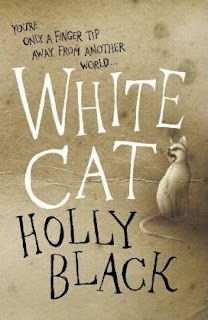 Tagline: You're only a fingertip away from another world...

Why I chose it:
OK, I'll admit I initially looked at this one because I own a white cat--a very unscientific and illogical reason 😄. (Especially as I have a suspicion from the cover that the cat in this book might not be particularly friendly!). Once I'd read the blurb, however, I was intrigued enough to download a sample, and after that it was an easy decision to buy the book. The story takes place in a world where magic was prohibited in 1929, and the main character, Cassel, lives in a magical family. It's very clear that the kind of magic in this story is the stuff of nightmares rather than fairytales.
Three interesting quotes:
“The easiest lies to tell are the ones you want to be true.”
“Like a stage magician, the con artist misdirects suspicion. While everyone’s watching for him to pull a rabbit out of a hat, he’s actually sawing a girl in half. You think he’s doing one trick when he’s actually doing another. You think that I’m dying, but I’m laughing at you.”
“All friendships are negotiations of power.”

Work and weekend writing permitting, I hope I can finish all three before Hallowe'en. By then I should be feeling inspired enough to carve a pumpkin or two 🎃. Are you reading any scary books this month? Have you read any of the three books on my list? Thank you for visiting my blog today!