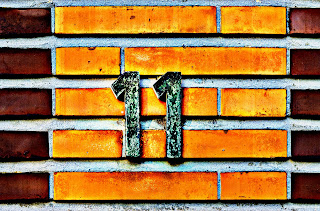 In this next chapter of Spell Tracker, Luca finally gets to know what Cass is hiding behind her prickly exterior. There's also a hint that Cass might remember something about their shared past life as gladiators in Ancient Rome. This terrifies Luca because she won't be allowed to graduate her earthbound life path if her memories of past lives or magic are restored in any way. Failure to graduate would invoke her contract with the Spell Tracker, leading to a very painful death. Finally, I'd just like to give a sensitivity warning that this chapter deals with the death of an off-page character. Please don't continue if you think this might be a problem for you. You can catch up on earlier chapters by using the New series label at the top of this post, and thank you very much for reading 💕

I left the gymnasium as fast as I could, hoping that the scream of frustration would remain trapped in my throat. By the look on Gabe’s face, he wouldn’t be following me. Probably just as well. I’ve never felt so angry.
When I judged I was far enough away, I went into an empty classroom, grabbed the first chair I could reach, and threw it at the wall. It glanced off a map of Europe, tearing a hole in the middle of it, and landed on the table underneath with a satisfyingly loud crash. I glanced behind me. “Taceo!” I shouted.
Three more chairs followed in quick succession. Unfortunately, it was much less rewarding now that I’d silenced the noise. I picked up a table and lifted it to shoulder height, ready to launch it at the wall, but started to feel ridiculous. I set it back down and leaned against it.
I was just as annoyed with myself as I was with him. This was exactly the kind of thing he enjoyed, and I should have been prepared for it. Time was never straightforward. No matter what the dimension, it could be a gift or a burden, and he manipulated it to his advantage either way.
As a guardian, I only saw him at the worst of moments, when an assignment faced the ultimate penalty. It didn’t happen often, but still more often than I would have liked. He always treated me like a child, telling me I didn’t understand how necessary he was. How no one else was prepared to do what he did.
“It doesn’t mean you have to enjoy it,” I’d said on one particularly painful occasion.
He had laughed. “Are you telling me your noble sensibilities would tolerate me better if I bowed my head and wept? No. I am not in the business of hiding the truth and certainly not to protect the likes of you.”
I lifted my hands off the table and turned around. The room was a mess. I should probably replace the furniture by hand rather than take the easy way out with a spell. Screw that.
“Constituo,” I said, and watched everything return to its former state. The table was the last to move, and I had to jump out of its way to avoid being knocked over.
I lifted the silencing spell and turned to the doorway, where Cass was standing with a look of disbelief on her face.
“It’s not what you think,” I said immediately.
She pushed her bangs out of the way. Her eyes were wide but she showed no sign of being afraid. “Really? You know what I’m thinking, too?”
“No. Of course I don’t. Sorry.”
Slowly, she took a couple of steps into the room.
“So… if you don’t know what I’m thinking, how do you know I didn’t guess right?”
“Dedisco,” I said, before I could change my mind. I’d wanted to try using magic on her anyway, and after what he’d just done with the deadline, I figured I had nothing to lose.
“What? I don’t…” She blinked. 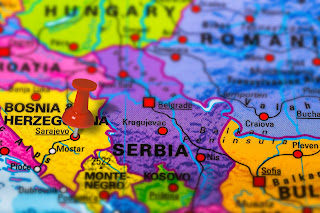 “Twelve,” I replied through gritted teeth. “Sano,” I added, and the pain receded. I exhaled slowly. “What about you? Do you feel better now?”
“Actually, I do,” said Cass. “I feel…” She trailed off and looked at me more closely. “Have you ever had déjà vu?”
Oh, shit.
“No,” I said quickly. “I don’t believe in it.”
She grinned. “Really? You just believe in the twelve gods, then?”
“There’s no god of déjà vu,” I said defensively.
“How did you get that scar?”
Double shit.
“Why do you want to know?”
She knelt down on the floor, close enough to touch my face if she wanted to. “I just… I think it has something to do with me.”
“How the hell could it?” I said, scrambling to my feet and backing away.
“I don’t know. I thought you could tell me. You’re the one rearranging the classroom with magic.”
There was no answer to that.
“This scar has nothing to do with Cassandra Vryson,” I said, my voice rising. “I know that for a fact, and that’s all I’m going say on the subject.”
I sound like a teacher. Great strategy, Luca. Cass gets on so well with teachers.
“Fine,” she said, standing up. Her smile had gone. “We both have secrets we want to keep. I won’t talk about this as long as you don’t talk about my mom.”
We regarded each other warily for a few seconds. She took a step backward, then another. I couldn’t let her leave. Not now. She’d voluntarily given me a glimpse of her life path. This was my chance to help her. I had to do something. She was nearly at the door before I had an idea.
“Wait. Please.”
“Why should I?” she asked. “You made it pretty clear you were done talking.”
“Look. There are some… rules. And I won’t break them. I really can’t talk about the déjà vu thing because the consequences would be irreversible. But there is other stuff we can do.”
“Like what?” she said.
“Come here and I’ll show you.”
Cass raised her eyebrows. “I hope you’re not going to tell me to close my eyes and make my lips into a pout.”
I failed to suppress a smile. “I know this will come as a huge disappointment, but I can’t kiss you.”
She walked toward me until she was standing close enough that I could feel her breath on my face. My smile faded. Her energy signature surrounded me, familiar and exciting. The rest of the world disappeared. It was just the two of us.
“Do you want to kiss me, Avi?”
I couldn’t stop myself. “Yes.”
“I want to kiss you.”
I trembled with the effort of keeping still. Desperately, I reminded myself she’d experience terrible pain if my skin touched hers. Not to mention that she might remember our shared history.
“I can’t.” I moved my head back a fraction. “Believe me, if there was a way to get around this, I’d be taking it. Frigus,” I added, hoping the shock of the cold air would help to strengthen my self-control.
“Keep looking,” said Cass. “For a way around it, I mean. Although… this is freezing. I think the moment might have gone.” She rubbed her arms. “What were you going to show me, if it wasn’t your amazing kissing skills?”
Using a quick “Occludo… sero,” I closed and locked the door. Then I lengthened my sleeves until they formed makeshift gloves and I took her hand.
“Scena Globe,” I said, “die 18 Iunii, 1600.” The classroom disappeared.