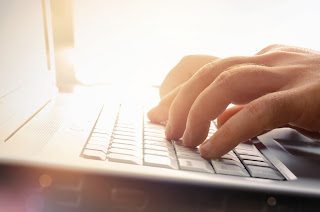 Spring will officially begin in a few days and it seems like a good time to review my writing progress for 2019. The aim, as always, is to complete two books and right now, I'm on track to do that 🙂.

First up will be the sequel to Spell Tracker. The second story in the Light Mage Series takes place partly in the earthbound dimension (Tudor England, to be precise) and partly in the magical dimensions. The surviving primary characters from Spell Tracker all return, and Devin is the narrator this time. His approach to problem-solving is a little less considered than Luca's! One of the characters is accused of committing murder and is forced to go on the run to avoid the death penalty. There's also a new guardian, a girl, who was a sixteenth century French corsair (a kind of legal pirate) in her graduating earthbound life. Here's an excerpt from the beginning:
* * * * * * * * *
My boyfriend worries. It’s kind of cute.
“We get audited every earthbound month,” I said. “What are you pacing for?”
“It’s still an audit. Carried out by a Spell Master working for the High Council. Aren’t you even slightly nervous?”
I grabbed hold of his hand and pulled him to a stop. “This is stupid. You nearly tripped over the threshold, for God’s sake. You haven’t used your magic for anything forbidden. You never do.”
He stared at me for a second. Here, in the primary dimension, he looked nothing like his earthbound form. Slender and wide-eyed, magic lending his caramel skin a slight iridescence, he was the most beautiful Light Mage I’d ever seen.
“Who says I’m worrying about me?” he asked with a faint smile.
“Hey,” I protested. “I haven’t broken any rules.”
“Devin. You practically told that guy his life path last week. If I hadn’t dedisco’d him, we’d both be in trouble.”
“I love it when you speak Latin,” I said, grinning.
“Yeah, you love not taking me seriously, too.”
I’d only been a guardian for a few months. A lot of the time I still spoke like the American teenager I used to be.
* * * * * * * * *
The second book is going to be the beginning of a new series tentatively called Beyond Androva, although that name may change as I write it. However, it won't be anything to do with Jax, Shannon, and the others. Much as I love all of those characters, I think I've told their story. Beyond Androva will begin with Serena, Galen's sixteen-year-old sister, and her adventures on a brand-new world after the events of Surviving Magic. Androva originally opened portals to seven other worlds, which means she has five to choose from. (Imbera is a no-go, for obvious reasons, and she's not interested in second-century Terra). Here's an excerpt, again from the beginning:
* * * * * * * * *
“You won’t change my mind. I’ve been thinking about this for weeks. I want to live somewhere interesting,” I said.
“What does that mean?” asked my older brother. “Here is interesting. You don’t have to leave Terra. Or if you insist on changing worlds, you could always go back home.”
I raised my eyebrows. “To what? Home doesn’t exist anymore. Everyone we ever knew on Androva is dead. And if I returned I’d have to endorse the lie about what happened there. I’m not sure I can do that.”
Galen sighed and placed his hand over mine. His magic expanded, powerful and familiar, lighting his eyes with silver and encasing our hands in a veil of energy. He wasn’t using a spell. He was just using magic to illustrate the strength of his feelings. From where I was sitting, it felt a lot like emotional blackmail.