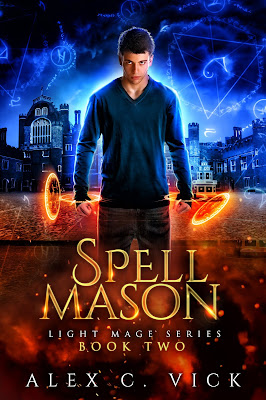 I’m really happy to be able to announce the upcoming release of the next book 😊.The Light Mage Series continues with Spell Mason, available from July 5th. This story is told from Devin’s POV, picking up a few months after the end of Spell Tracker.

Spell Mason, the second book in the Light Mage series, is a contemporary fantasy story with time travel, m/m romance, and no cliffhanger. Recommended for 14+