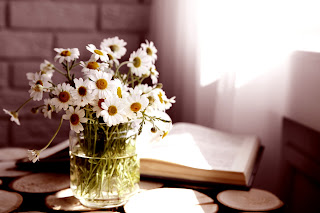 “And suddenly you know: It’s time to start something new and trust the magic of beginnings.”

After a long winter in lockdown, spring has almost arrived in South East England, and the later sunsets and warmer temperatures are very welcome 🌸. It feels like a good time for my annual blog post about stories with amazing beginnings. You know the ones I mean—stories that are immediately intriguing, and you just have to keep reading to find out what happens. Here are ten more YA books I added to my TBR list because I loved the way their stories opened. I hope you enjoy my choices, and thank you very much for visiting my blog today! I wish you happy reading for the rest of 2021 💕.

Writing update: Lost in Magic is going well and remains on track for publication in the first half of 2021. I hope to have a confirmed release date soon. 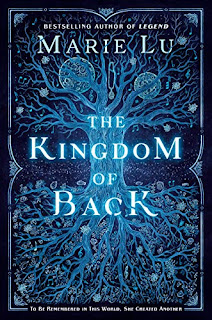 “I am going to tell you a story you already know. But listen carefully, because within it is one you have never heard before.
The story you know is about a boy named Wolfgang Amadeus Mozart. You recognize his name. Even if you do not, you know him well, because you have heard his music all your life.
[...]
The story you have never heard is set in a dream of fog and stars, faery princelings and queens of the night. It is about the Kingdom of Back, and the girl who found it.
I am the sister, the other Mozart. And her story is mine.”
The Kingdom of Back, by Marie Lu 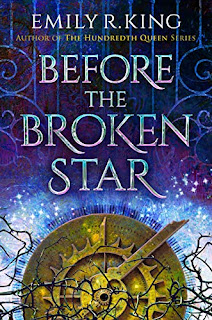 “A cacophony of ticktocking resounds through the otherwise hushed clockmaker’s shop. When I first came to live with Uncle Holden, the relentless ticking drove me mad. A decade later, the chant of time is now a comfort—his handcrafted timepieces echo the cadence of my wooden clockwork heart.”
Before the Broken Star, by Emily R. King 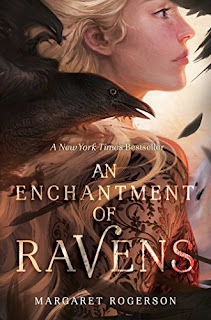 “My parlor smelled of linseed oil and spike lavender, and a dab of lead tin yellow glistened on my canvas. I had nearly perfected the color of Gadfly’s silk jacket.
The trick with Gadfly was persuading him to wear the same clothes for every session. Oil paint needs days to dry between layers, and he had trouble understanding I couldn’t just swap his entire outfit for another he liked better. He was astonishingly vain even by fair folk standards, which is like saying a pond is unusually wet, or a bear surprisingly hairy. All in all, it was a disarming quality for a creature who could murder me without rescheduling his tea.”
An Enchantment of Ravens, by Margaret Rogerson 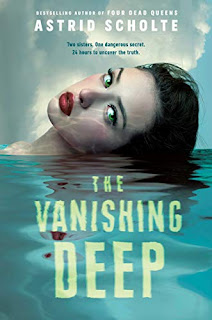 “I didn’t want to resurrect my sister because I loved her. I didn’t want one final goodbye, to whisper words left unsaid or clear my conscience of any slights between us. I didn’t want to hear her voice say my name, Tempe, one last time.
I wanted to soothe the anger that scorched through me.
[...]
I’d heard something that changed how I felt about her, transforming my grief to anger. So now I needed to hear her voice one last time. I needed the truth. And for that, I needed to resurrect her. Neither of us could rest until then.”
The Vanishing Deep, by Astrid Scholte 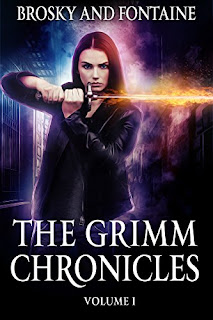 “It happened, however, that a king’s son came into the forest, and went to the dwarfs’ house to spend the night. He saw the coffin on the mountain, and the beautiful Snow-white within it, and read what was written upon it in golden letters. Then he said to the dwarfs, Let me have the coffin, I will give you whatever you want for it.
I should have known Edward was too good to be true.
No. Wait. Let me go back to the beginning. Before I had this curse. Before I went around slaying creatures that shouldn’t exist. Before I made friends with a rabbit.”
The Grimm Chronicles, Vol. 1, by Isabella Fontaine and Ken Brosky 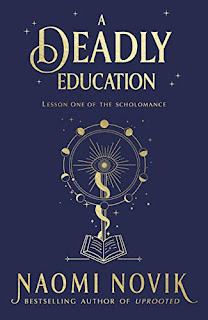 “I decided that Orion needed to die after the second time he saved my life. I hadn’t really cared much about him before then one way or another, but I had limits. It would’ve been all right if he’d saved my life some really extraordinary number of times, ten or thirteen or so—thirteen is a number with distinction. Orion Lake, my personal bodyguard; I could have lived with that. But we’d been in the Scholomance almost three years by then, and he hadn’t shown any previous inclination to single me out for special treatment.
Selfish of me, you’ll say, to be contemplating with murderous intent the hero responsible for the continued survival of a quarter of our class. Well, too bad for the losers who couldn’t stay afloat without his help. We’re not meant to all survive, anyway. The school has to be fed somehow.”
A Deadly Education, by Naomi Novik 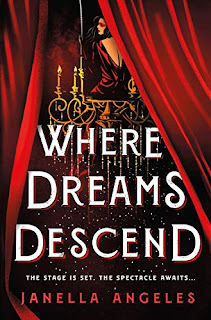 “Never come to Hellfire House without wearing a mask.
It was one of the rare rules in a joint without any. The only rule the master of the club did not mind following. He blended in with the sea of suits and white masks that arrived every other night, switching appearances from crowd to crowd. A bartender one moment, a dealer at the card tables the next.
Only his face remained the same, half-masked and haunting. Like a prince who relished the bloody crown on his head, and the ghosts that came with it. A face almost hardened by beauty, though glints of youth ran deep beneath soft black eyes. It always shocked new guests, to see him. The master of the House was rumored to be a dragon of a man. A monster. A magician who had no mercy for fools.
Only those who dared slur the word boy in his face understood how true those rumors were.”
Where Dreams Descend, by Janella Angeles 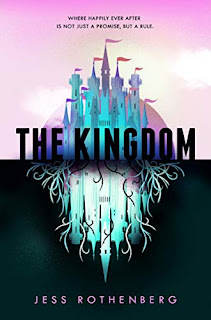 “The room where they at last found him was so cold, they wondered at first if he had frozen to death. Face as white as snow, skin as cold as frost, lips as blue as ice. His expression seemed, to the police, perfectly peaceful. As if he had passed away in the middle of a very lovely dream. Except for the blood. Blood always tells its own story.”
The Kingdom, by Jess Rothenberg 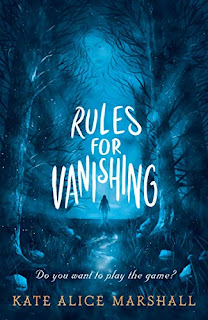 “INTERVIEW, Sara Donoghue, May 9, 2017
Ashford: I’m starting the recording now. This is the first interview with Sara Donoghue concerning the disappearances in Briar Glen, Massachusetts. Today is May 9, 2017. Present are Sara Donoghue and myself, Dr. Andrew Ashford. Thank you for joining us today, Miss Donoghue.
Sara: You’re welcome. I guess. I don’t know what you expect me to tell you.
Ashford: The truth, Miss Donoghue. I think you’ll find we are some of the few people who are willing to hear it.
Sara: So you believe me, then?
Ashford: Is there a reason I shouldn’t?
Sara Donoghue begins to laugh, a low sound that crooks in the back of her throat.
Ashford: Miss Donoghue—
Sara’s laughter continues, her shoulders shaking. Her hands cover her face.
???: Pay attention. [1]
[1] Transcriptionist's note: Unable to identify the third voice. It is heavily distorted with static, and a droning sound appears on the recording simultaneously with the voice.”
Rules for Vanishing, by Kate Alice Marshall 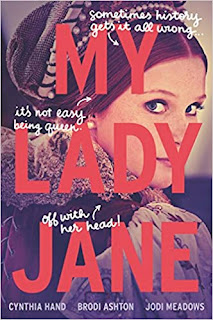 “You may think you know the story. It goes something like this: once upon a time, there was a sixteen-year-old girl named Jane Grey, who was forced to marry a complete stranger (Lord Guildford or Gilford or Gifford-something-or-other), and shortly thereafter found herself ruler of a country. She was queen for nine days. Then she quite literally lost her head.
[...]
We have a different tale to tell. Pay attention. We’ve tweaked minor details. We’ve completely rearranged major details. Some names have been changed to protect the innocent (or not-so-innocent, or simply because we thought a name was terrible and we liked another name better). And we’ve added a touch of magic to keep things interesting. So really anything could happen. This is how we think Jane’s story should have gone.”
My Lady Jane, by Cynthia Hand, Brodi Ashton, and Jodi Meadows