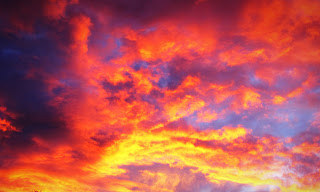 Controlling Magic, the fourth book in the Legacy of Androva series, is set partly on another world, where the red sun only rises in the sky every fourth day. But even the prevailing darkness can't hide the terrible things that happen there.

Here is the blurb:


Far away, on a world of rock and water, live a brother and sister. They have a special talent. So special that, when applied correctly, it enables them to live forever. Androva hasn't visited this world since before the Treaty. It was so horrified by what it found there, it closed the portals and never went back.

Controlling Magic will be published later this month.