Interview with Jax and Shannon about book six! 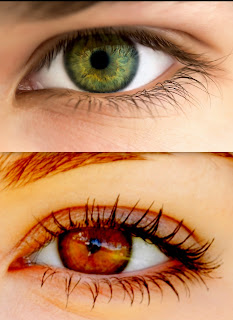 This interview is set after Breaking Magic.


Me: So… the next book will be released in two weeks.
Jax: And? Are we actually in it this time?
Shannon: I don’t know why you sound so keen. I’m quite enjoying the break.
Jax: Where’s your sense of adventure?
Shannon: Hmmm, let me think… I probably left it on the floor of the room where the Breaker tortured us.
Jax: (rolls eyes) Funny.
Me: Actually, the subject of the book was your idea, Jax.
Jax: Mine? (pauses) You don’t mean this book is about Galen, do you?
Me: (nods) Yes
Jax: When can I read it?
Shannon: Me too. When can we read it?
Me: Ah, well, there’s a slight problem with that.
Jax: What?
Me: It kind of has spoilers in it.
Jax: What on Androva is a spoiler?
Shannon: It’s like something that gives away the plot of a story before you’ve read it.
Jax: I don’t understand. He lived two thousand years ago. You can’t call ancient history a spoiler.
Shannon: (frowns) I agree. Whatever he did with his life after we met him… why wouldn’t we be able to read about that? We can’t change anything now.
Jax: Exactly. And even if we did find out something bad, it’s not like we can ever go back there again. Not even to help him. I destroyed the Signature Symbols so returning to Pompeii would be impossible.
Shannon: Is that why we can’t read it? Because he got into trouble and we’d want to help him? (looks at Jax) You know we’d try. Even if it was impossible.
Jax: Of course. And so does she. The author person.
Me: It’s not just about the trouble Galen may or may not have encountered. Did either of you ever wonder what he did with the knowledge you gave him?
Shannon: What knowledge? What are you talking about?
Me: You told him about Angelus and the treaty.
Jax: Yes. Obviously.  So that he could create a spell to enable Shannon to become a magician in our time. (grins) Otherwise none of these books would have been possible.
Me: Do you think that’s all he did? That one spell? When he knew thousands of people on both worlds were about to die?
(silence)
Shannon: You don’t mean… are you saying he tried to prevent it all from happening?
Jax: You’re kidding me. That would be suicide. Galen was a great magician, but this is Angelus. The most prolific magical killer our worlds have ever known.
Shannon: What happened to him? Please… I can’t bear the thought of him dying when he and Claudia had only just escaped.
Me: Look, I can’t tell you. But if you’ll let me continue—
Jax: (interrupts) You mean you won’t tell us. Anyway, it’s obvious what must have happened. Galen disappeared from Androva’s history one year before the treaty was signed.
Me: (raises eyebrows) And history has never been misreported? Because everyone on Terra knows all about Angelus and the treaty, don’t they?
Shannon: Point taken. What were you going to say before Jax interrupted you?
Me: I was going to say that although I can’t tell you what happens in Galen’s story, I have already started to write the next book, which will be the last in the series. And I’m going to try to find a way to bring Galen’s story and yours together again, even if only at the end.
Shannon: Does that mean Galen survives?
Me: I said Galen’s story, not necessarily Galen himself.
Shannon: But we will get to find out?
Me: I will try. No promises. You should make the most of your break, though. Irrespective of Galen, you will be facing another powerful enemy.
Jax: The last book in the series? But… how is everyone going to know what happens to us if you stop writing about it?
Shannon: Are you serious? After hearing what she just said, that’s your question?
Me: (laughs) I guess you’ll have to find a way to live the rest of your life without other people reading about it, Jax. If you live through the last book, of course.
Jax: What? You wouldn’t dare…
Shannon: (hides a smile) What about Penny and Darius? They’re going to be in the book too, aren’t they?
Me: Of course. They have a big challenge to overcome.
Shannon: Should I warn them?
Jax: No. Darius will only worry. You know what he’s like.
Me: I’m going to end the interview there. Thank you both very much for talking to me today.

I hope you enjoyed today’s post, and if you have ideas for any other characters you’d like me to interview, just let me know!