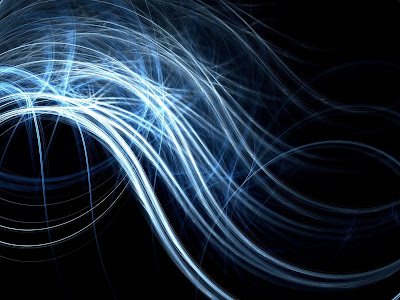 In other words, how to change the world around you! There are six disciplines taught at the Seminary of Magic on Androva: Combat, Remedies, History, Living Magic, Physical and Manipulation. Today's post is about Manipulation.

Whenever magic is used to create, or to change, or even to destroy, chances are the magician will be using a Manipulation Spell. It's a discipline of contrasts: from the simplest of spells to the most complicated, from the gentlest to the most powerful. First years at the Seminary of Magic start out moving basic objects across the table. Those simple Movement Spells can progress far enough to build and furnish an underground portal room by the time they graduate.

Underage magicians spend as much time studying Manipulation as they do on all the other five disciplines put together. Along the way they encounter Illusion and Illumination Spells, they learn how to change emotions and memories, they open and close portals, they create fire and ice, they master the art of protecting, hiding, tearing down, rebuilding, and changing anything and everything--colours, textures, flavours, sizes, and shapes. The limits of magic are being tested all the time, especially since Research Spells were reintroduced at the beginning of the third book in the series. It's going to take a while for Androva to get back to the sophisticated magic of Galen's time, but they've made a good start. 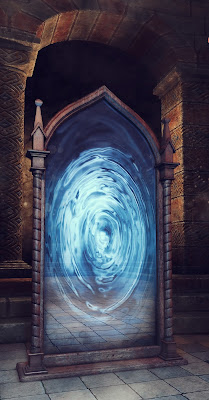 These are my favourite Manipulation Spells:
I'm writing this post while working on the seventh and final book in the series. Alongside a formidable new enemy, a new Manipulation Spell will be revealed that is one of the most sinister yet. To say that it's worse than deadly probably sounds a bit cryptic, but that's the best way I can think of to describe it.

Finally, here is an extract from Controlling Magic, when Jax's father performs Distraction Spells on the four underage magicians (with their consent, and for a very good reason), but it doesn't quite go according to plan...


Distraction Spells by recall, though more difficult, were possible. Darius was soon blinking in confusion, but found that he was very calm and happy at the same time. Not something he was accustomed to feeling when standing across from Revus. He tilted his head to the side slightly as he tried to make sense of it.
Revus, with a gentle smile, sent Darius to the kitchen to make something to eat. Jax was next, and Revus could see that his son was still struggling with the idea of willingly submitting to a Distraction Spell. His teeth were gritted together, and his hands were pushed deep into his pockets.
But he did as he was asked, and his face soon relaxed as the spells took effect. When he realised he was smiling broadly at his father, his brow furrowed ever so slightly. “Harmony Spell?” he asked, trying and failing to frown properly.
“Maybe,” said Revus, suppressing a smile. Jax hated that he was so susceptible to Harmony Spells, seeing it as a sign of weakness. But he couldn’t fight them once they had taken hold. “I won’t ask why.” Jax sighed. “I’m too chilled to care, fortunately for you.”
Then it was Penny’s turn, and she found herself quaking slightly as she faced Revus on her own. “I’ll still be able to remember dragons, won’t I?” she asked apprehensively. “You’re not going to wipe out everything?”
Revus shook his head. “Just the Medaxus part. That’s what I want you to focus on.”
Penny concentrated, and Revus completed the spells quickly. She met up with Darius and Jax in the kitchen, where they were having fun using Manipulation Spells on their food. Penny joined in with enthusiasm.
Finally it was Shannon’s turn. Revus knew she was not at all susceptible to Harmony Spells, so he had deliberately left her until last. With the other three underage magicians all being so cheerful, he hoped that Shannon would be naturally swept up in the happy atmosphere.
They faced each other for a moment. Shannon thought it was a bit like being at the doctor for a vaccination. You knew you had to have it for your own good, but the prospect was still quite unpleasant. One piece at a time, she recalled the memories that Revus instructed her to, and just like her friends, she was soon struggling to understand what she was doing and why she was standing in front of Revus.
Revus tried his most powerful Harmony Spell at the end, just in case it might work this time. As Shannon felt the slightly warm silver mist reach her, she stepped backwards suspiciously, and Revus realised he might have made a mistake. “Why are you doing a Harmony Spell?” Shannon asked warily. Her force field expanded automatically to defend her, and her hands glowed.
“Why are you doing a Harmony Spell?” Shannon repeated, a bit more forcefully.
“Do you trust me?” Revus asked calmly.
Shannon started to nod, then stopped half way through. “Why am I thinking about dragons?” she asked.
Using all the skill he had learned as a Council interrogator, Revus managed to keep his face blank. “I don’t know what you mean,” he replied evenly.
Shannon felt her force field buzzing as its energy magnified. What am I resisting? she wondered. The Harmony Spell dispersed, but something still wasn’t right.
“Dragons flying over a great expanse of water,” she murmured, closing her eyes. “The water is such a dark blue that it looks almost purple. And there is a city on the horizon. It’s…” She paused. “It’s the most beautiful thing I’ve ever seen.”
Revus, absolutely horrified, hit Shannon with a Distraction Spell so powerful that she staggered backwards. He tried to keep his panic under control. Shannon was describing something that she couldn’t possibly know. She was describing Imbera. The dazzling splendour of Imbera that Androvan magicians had first discovered. Before they understood the stolen foundations on which the Imberan society was built.


Manipulation is the final discipline of the six and I hope you've enjoyed learning a bit more about it. It's been a lot of fun to write about how magic is taught on Androva. If you are interested, you can access the other five disciplines using the "Six Disciplines" label. Thank you very much for reading!