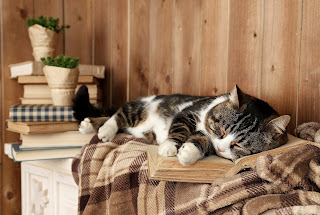 Now that the excitement of the New Year is over, I'm back at work, and back into a routine of reading and writing in the evenings and at weekends. I love reading at any time of year, but in January a new book is the perfect way to escape from the colder temperatures and shorter days. Here in the South of England we only get eight hours between sunrise and sunset right now, and that's if the sun dares to show its face at all!

Today's blog post is another ten YA book recommendations, based purely on the awesomeness of their opening lines ☺. Some of these I have read, and some are on my TBR list, but they all have one thing in common: I made the decision to read them before I'd reached the end of the first page.

Kell wore a very peculiar coat.
It had neither one side, which would be conventional, nor two, which would be unexpected, but several, which was, of course, impossible.
The first thing he did whenever he stepped out of one London and into another was take off the coat and turn it inside out once or twice (or even three times) until he found the side he needed. A Darker Shade of Magic, by V.E. Schwab

Mom doesn’t show up.
I shouldn’t be surprised—she never shows up—but I can’t get rid of the empty, twisted feeling in my stomach. Emery always says that being alone isn’t the same thing as being lonely, but sometimes it feels like they’re exactly the same thing. Starfish, by Akemi Dawn Bowman

It’s a weirdly subtle conversation. I almost don’t notice I’m being blackmailed.
We’re sitting in metal folding chairs backstage, and Martin Addison says, “I read your email.”
“What?” I look up.
“Earlier. In the library. Not on purpose, obviously.”
“You read my email?”
“Well, I used the computer right after you,” he says, “and when I typed in Gmail, it pulled up your account. You probably should have logged out.” Simon vs. The Homo Sapiens Agenda, by Becky Albertalli

I’ve read many more books than you. It doesn’t matter how many you’ve read. I’ve read more. Believe me. I’ve had the time.
In my white room, against my white walls, on my glistening white bookshelves, book spines provide the only color. The books are all brand-new hardcovers—no germy secondhand softcovers for me. They come to me from Outside, decontaminated and vacuum-sealed in plastic wrap. Everything, Everything, by Nicola Yoon

I shouldn’t have come to this party. I’m not even sure I belong at this party. That’s not on some bougie s***, either. There are just some places where it’s not enough to be me. Either version of me. The Hate U Give, by Angie Thomas

I’m cursed. I know, I know, you don’t believe me. Well, I didn’t believe it was possible either… until the guy who cursed me came along. So go ahead and think I’m nuts. But one of these days, we might just meet up and then… well, you’d better believe whatever I say to you. Your life will absolutely depend on it. Glimpse, by Steven Whibley

You do not enter a race to lose.
Diana bounced lightly on her toes at the starting line, her calves taut as bowstrings, her mother’s words reverberating in her ears. A noisy crowd had gathered for the wrestling matches and javelin throws that would mark the start of the Nemeseian Games, but the real event was the footrace, and now the stands were buzzing with word that the queen’s daughter had entered the competition. Wonder Woman: Warbringer, by Leigh Bardugo

A sex tape. A pregnancy scare. Two cheating scandals. And that’s just this week’s update. If all you knew of Bayview High was Simon Kelleher’s gossip app, you’d wonder how anyone found time to go to class.
“Old news, Bronwyn,” says a voice over my shoulder. “Wait till you see tomorrow’s post.”
Damn. I hate getting caught reading About That, especially by its creator. I lower my phone and slam my locker shut. “Whose lives are you ruining next, Simon?” One Of Us Is Lying, by Karen M McManus

I’ve never known why Monday gets all the credit for being the worst day of the week. I disagree entirely. Sundays are. There’s just something so quiet and still about Sundays that I’ve really grown to hate. Dare To Fall, by Estelle Maskame

Death-Cast is calling with the warning of a life-time—I’m going to die today. Forget that, “warning” is too strong a word since warnings suggest something can be avoided… They Both Die At The End, by Adam Silvera

Have you read any of these books? If you haven't, would you choose to read them based on the way they begin? I hope you find lots of great reads in 2018 and thank you for stopping by my blog today!