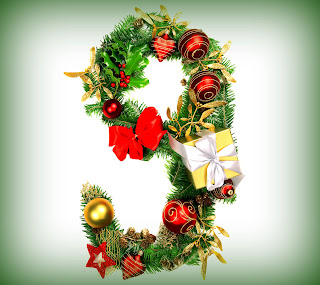 I hope everyone's December is off to a great start! The countdown to the holiday season seems to have come around faster than usual this year 🎄⛄. Today's blog post is the ninth chapter from Spell Tracker. Luca attempts to make friends with Cass while doing his best not to be distracted by Devin. Unfortunately, neither situation works out quite the way he wants it to!
You can catch up on earlier chapters by using the New series label at the top of this post, and thank you very much for reading 💕

I tried to convince myself it wasn’t so bad. My mind refused to play along. I couldn’t stop thinking about the code of conduct I should be following.
Before an undergraduate magician goes earthbound, their future profession in the magical dimensions is preselected. The choices/lessons they will encounter as they reincarnate their way along a personalized earthbound life path are set in stone and cannot be manipulated by any guardian.
Devin didn’t know it, but the earthbound dimension was a precise illusion, created from layer upon layer of spellwork. He was here to live a few lives and qualify—or not—for his chosen profession. When he graduated, his magical identity would simply leave. My presence was already something of a glitch in his life path.
A guardian may disperse negative emotion and/or remind a magician of their potential, but may not show a magician what to do for the best. The earthbound dimension tests non-magical skills, and each undergraduate has to remain ignorant of their magical identity, the magical dimensions, and their intended path to graduation. Guardians are to be invisible and impartial at all times.
OK, perhaps I was more than a glitch. But I was going to be very careful. I had to make this work.
Guardians’ assignments are chosen at random from a list of undergraduate magicians living in the earthbound dimension at any given time. There is no bias in the selection process, irrespective of a magician’s intended profession, their perceived risk of failure, and their status in the magical dimensions. Furthermore, a guardian may not be assigned to any magician with whom they have a personal connection.
I’d broken a major rule by deliberately looking for Cass. I knew her, and I was here because her chance of success was low.
Guardians will acknowledge all seven professions—Spell Masters, Healers, Spell Masons, Spell Techs, Spell Brewers, Spell Weavers, Animal Mages—and treat them equally. Guardians may not favor one profession over another, no matter the relative life path difficulties and/or rewards of each profession.
At least my conscience was clear on that part. I didn’t care about Cass’s future profession. Unfortunately, the clause had a second section.
The High Council recognizes that Spell Masters and Healers are elite professions attracting significant privilege. In order to discourage fortune hunters, magicians aspiring to these professions will therefore be bound to a Spell Tracker contract with life-limiting penalties for failure. A guardian may not prevent the Spell Tracker from carrying out this contracted penalty should one of their assignments fail to graduate.
I gritted my teeth. Cass was not going to end up in his hands. I could only hope he would be satisfied with my life instead if I failed to help her learn the requisite life lessons and graduate successfully.
Those first two weeks at Sherbourne High passed so quickly. Two weeks gone already out of fourteen weeks in the semester. To the average high school student it was a lifetime. To me, fourteen weeks was nothing. I’d never completed an assignment so quickly before.
And Cass was not exactly an average assignment. Even if I’d been helping her in the normal way, from my own dimension, I would probably have lost her. As it was, though, I was screwed. My attempts to become her friend achieved nothing. No, that’s not quite true. They’ve made her dislike me even more than she already did.
She ignored my efforts at small talk. Polite conversation was never really my forte, but I tried. I asked her about things like books, music, Netflix, and college. On one disastrous occasion, running out of ideas, I managed to combine a comment about politics with one about the weather, at which point she gave me a disbelieving look and walked out.
She didn’t appear to have any friends. She seemed to view Devin with the same animosity as she did everyone else, perhaps even more so. She didn’t want to talk about anything. Every single question I asked her was met with silence. 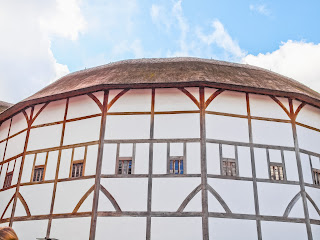