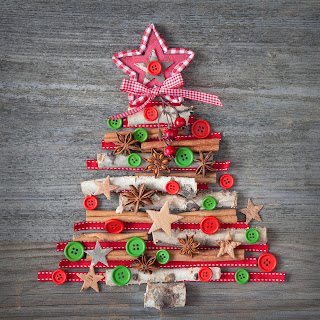 At the time of writing this blog post, Christmas is only ten days away 🎄😲. I'm not ready, and it's going to be a busy ten days!

However, in and around all the excitement of the holiday season, I'm hoping to have a little time for reading and writing. On the writing side I need to make some progress with the second book in the Light Mage Series. I'll be expanding on Devin's character and personality, as he'll be telling the story this time. However, today's post is all about the reading, and I've been searching for some new (to me, at least) YA Christmas-themed books.

Here are the three I've chosen and why: 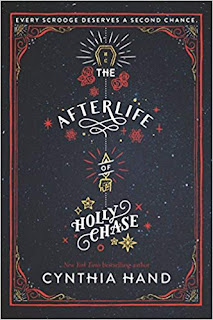 The Afterlife of Holly Chase, by Cynthia Hand

Tagline: YA re-imagining of A Christmas Carol

Why I chose it:
I love the story of A Christmas Carol. Taking a severely unlikable character on a journey of self-discovery in such a way that the reader ends up rooting for them isn't easy, but when it's done well, it can be very enjoyable to read. I also like happy endings, particularly if they're hard-won. Finally, the cover of this book is beautiful 💕.
Three interesting quotes:
- “Without stories, we’re all just lonely islands.”
- “It’s never too late to become what one could have been.”
- “I'm not that bad, I thought. I'm just a realist.” Why I chose it:
I'll be honest--it wasn't the cover that attracted me to this one. I clicked on the link because I usually enjoy John Green's books and a short story of his with a Christmas theme sounded like a guaranteed winner. Also, this book gives me the chance to discover and hopefully enjoy two other authors at the same time 😊.
Three interesting quotes:
- “Once you think a thought, it is extremely difficult to unthink it.”
- “It's always awkward when someone doesn't realize you're joking and devotes thought time to what you've said.”
- “Being sixteen means you have to be a genius conversational editor.” 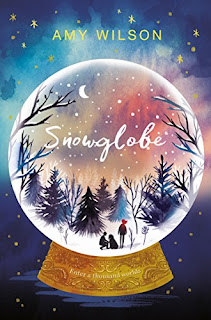 Why I chose it:
First off, I have to admit this is the wild card choice! It's more upper middle grade than YA due to the age of the protagonist, and it's not a pure Christmas book like the other two, (although snowglobes do tend to be seen a lot more at this time of year ❄). I'm not even sure how I found it, but I'm glad I did. The writing style drew me in almost immediately, and the story sounds fascinating. There's a mysterious house full of snowglobes, each containing a magician trapped by an enchantment. The protagonist, Clementine, unknowingly unleashes a power struggle that will put "the future of magic itself in danger."
Three interesting quotes:
- “Pa may not have it in his blood, but he's known about magic for longer than I've been alive. And me?
I guess there's not much use in denying it now.”
- “She is the space between us, sometimes. We don't know how to talk about her.”
- “That was their lot. But lots can change, and change can be chaos.”

Day job, writing time, and Christmas preparations permitting, I hope I can finish all three before the end of 2018. Are you reading any winter-themed books this month? Have you read any of the three on my list? Thank you for visiting my blog today!