Incredible Creatures from M to Z

Today's blog post is the second half of my A to Z about favourite characters in fantasy fiction. A great excuse for some enjoyable research, in case I ever write a book with animals or other non-human characters in it!

M is for Movie
My favourite character adaptations from book to film have to be from J. K. Rowling’s Harry Potter series. There are several other fantasy films in my top ten, but Harry is, overall, the best for me. Going to the Warner Brothers Studio Tour in London was incredible – I would highly recommend it! Here I am on the Wooden Bridge next to a photo I took from inside the Great Hall.
N is for Name
Choosing this one was nearly impossible! Fantasy books are so full of brilliant names. In the end, I chose Yvaine, the star from Neil Gaiman’s Stardust. “What I'm trying to say, Tristan is... I think I love you. Is this love, Tristan? I never imagined I'd know it for myself. My heart... It feels like my chest can barely contain it. Like it's trying to escape because it doesn't belong to me any more. It belongs to you.” 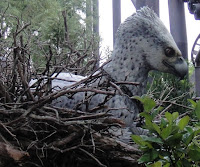 O is for Out of the Ordinary
Buckbeak is my choice for this one. J. K. Rowling did an amazing job of taking a creature that already existed (fictionally!) and making it entirely her own. The hippogriff was first mentioned by a Latin poet two thousand years ago, but it’s now associated it so closely with the Harry Potter universe that, if you’re a fan, it’s hard to imagine it in a different story.
P is for Partnership
Hiccup and Toothless in Cressida Cowell’s How to Train Your Dragon series. 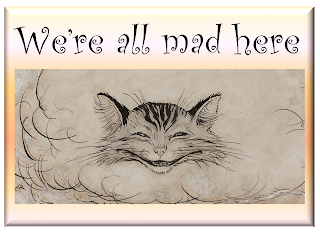 Q is for Quote
“We’re all mad here.” The Cheshire Cat, Alice in Wonderland by Lewis Carroll.
R is for Rodent
The Tale of Despereaux by Kate DiCamillo comes a close second, but my absolute favourite rodent character is Ripred in Gregor the Overlander by Suzanne Collins. “Do rats love?” asked Gregor wryly. “Oh, yes,” said Ripred with a smirk. “We love ourselves very much.” Ripred is a complicated character who is neither all bad nor all good.
S is for Spider
On the face of it, an unusual choice of creature for an A to Z of favourites! But I have to give a place on the list to Charlotte from E. B. White’s Charlotte’s Web, the only fictional spider ever to make me cry. “You have been my friend … that in itself is a tremendous thing.”
T is for Terrifying
The Nazgul from Tolkein’s Lord of the Rings. Once they were men, but they became ring-wraiths and slaves to the will of Sauron. “Do you not know Death when you see it?” 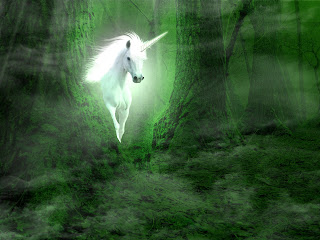 U is for Unicorn
Peter S. Beagle’s The Last Unicorn is the best book with a unicorn character I’ve ever read.
V is for Valiant
I’m going to break the rules of my own list here, and not choose from a fantasy book. I just have to mention the brave horses from Black Beauty, by Anna Sewell, and War Horse, by Michael Morpurgo. Although the characters are fictional, the circumstances they encounter were very real. 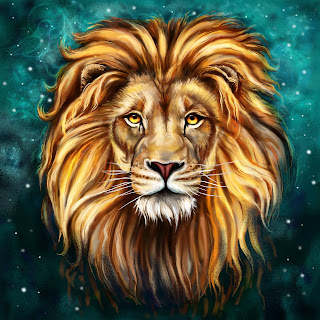 W is for Wisdom
Who is your choice for wisest character? I originally thought mine would be a wizard, like Gandalf, or maybe Dumbledore, but I finally chose Aslan, from the Chronicles of Narnia, by C. S. Lewis. “What you see and what you hear depends a great deal on where you are standing. It also depends on what sort of person you are.”
Y is for You
If you could be a character from a fantasy book for a day, who would you be? I’d love to spend time in Lyra Belacqua’s world, as created by Philip Pullman in His Dark Materials. Not just so I could find out what animal my dæmon would be, but to know what it would feel like to have one in the first place. Would it make me happy? Or would I be scared, because of the fear of losing it?
Z is for Zero to Hero
Most animals are brave from the start, but there are some who find their courage during the story. My choice is Varjak Paw by S. F. Said. “Believe something is impossible,” said his ancestor calmly, “and you will surely fail. But believe in yourself and you can do anything.”

This A to Z was a lot of fun to make, and I hope you enjoyed it. What would your choices be? Thank you for reading!