Illumination Spells are interesting, because they evolve along with the magician's ability. They range from the functional to the fantastic, from simple globes of magical energy which are suspended on walls and ceilings to dazzling firework displays at Spring Festival.

Most magicians have a preferred Illumination Spell by the time they come of age. Jax's mother, for example, would create a never-ending waterfall of silver stars. His father, on the other hand, prefers something much more ordinary. Revus usually projects a plain yellow circle. It's very self-contained, and it does exactly what it is supposed to do, rather like Revus himself.

In today's post I'm going to share the Illumination Spells my characters are creating right now. They're all taking third year classes at the Seminary of Magic on Androva, and these spells demonstrate their respective personalities as well as their abilities. 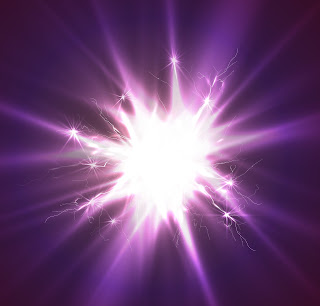 Jax
He has a tendency to just throw the most powerful spell he can create onto the wall next to him, too impatient to spend time creating a visual masterpiece. In Jax's opinion, there are more interesting spells he could be working on. However, it's very noticeable that his Illumination Spells are becoming gradually more purple, which happens to be Shannon's favourite colour. If he were challenged about it, he would probably get embarrassed and deny the connection, but it looks obvious to me! 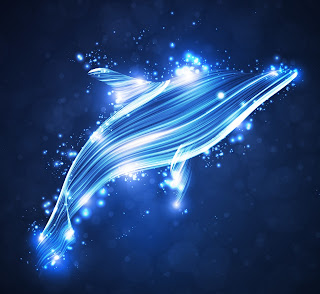 Shannon
She is going through a phase of experimenting with animals. Her most recent one, as you can see, is a dolphin. Shannon readily admits she is not as artistic as Penny, so she sticks to simple shapes. Once, Penny encouraged her to be more ambitious, and she tried to create a horse. Unfortunately, it ended up looking more like a lopsided dog, which the others found hilarious. Shannon got her revenge in the next Combat lesson though! 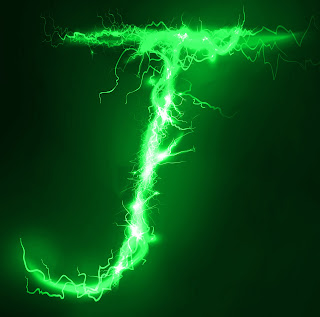 She also created this green J when she was spending a rare night at home on Terra last week. I guess it's a bit like the magical equivalent of doodling your boyfriend's name! 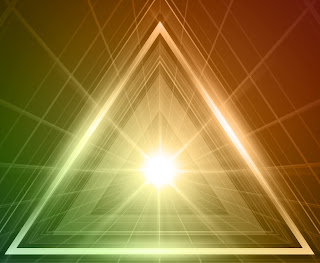 Darius
He chooses geometrical shapes, because he likes predictability and being able to keep to the boundaries he sets for himself. He never makes a decision in haste. I've got a feeling all that might change for Darius in a future book, but for now, this triangle suits him very well.

Penny
She is a big fan of dragons, as you will know if you've read Controlling Magic. It took her a long time until she was happy with the final outcome, but she recently managed to create a dragon Illumination Spell. I can't see her changing it for something else anytime soon! 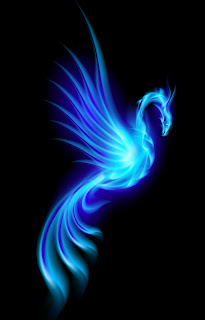 Galen
I'm writing Galen's story for the sixth book in the series, so I thought I would share his Illumination Spell too. He is a bit older than the others at nearly seventeen. He likes creating birds, because he can manipulate their tail feathers and wings to increase or decrease the amount of light they produce. Usually his birds are red and silver, his favourite colours, but there is a reason in the book why he changes to the colour blue instead.

I hope you enjoyed today's post and thank you for reading! What would your Illumination Spell look like?