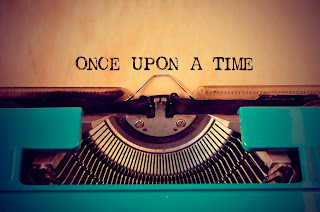 There's a moment--isn't there?--when, as a reader, you decide if a new book is worth reading. You like the cover/title/blurb. You've picked up the book, or you've downloaded the sample, and at some point the potential of the story will hook you into wanting more. Or perhaps it won't. Those first few lines can make all the difference! Here are my top ten opening lines from books I've recently read:


1.      My big brother reaches home in the dark hours before dawn, when even ghosts take their rest. He smells of steel and coal and forge. He smells of the enemy. An Ember in the Ashes by Sabaa Tahir
2.      My name is Anna. My name is Anna and I shouldn’t be here. I shouldn’t exist. But I do. The Declaration, by Gemma Malley
3.      Once upon forever, in an ancient, crumbling palace, two sisters, Love and Death, played their eternal game. Beauty and the Beast: Lost in a Book, by Jennifer Donnelly
4.      Yeah, I know. You guys are going to read about how I died in agony, and you’re going be like, “Wow! That sounds cool, Magnus! Can I die in agony too?” No. Just no. Magnus Chase and the Sword of Summer, by Rick Riordan
5.      I am dead, but it’s not so bad. I’ve learned to live with it. Warm Bodies, by Isaac Marion
6.      There was a hand in the darkness, and it held a knife. The knife had a handle of polished black bone, and a blade finer and sharper than any razor. If it sliced you, you might not even know you had been cut, not immediately. The Graveyard Book, by Neil Gaiman
7.      I heard it through the wall from the other room. It was faint at first, but then came on a little stronger. There was a moment when I was sure I was imagining it. Hoping. Praying. But then I heard it again. The low cough that always came. Always. The Clay Lion, by Amalie Jahn
8.      I’m lucky to be alive. At least, that’s what everybody keeps telling me. The reporter from the local newspaper even had the nerve to call it a miracle. I was “Vane Weston: The Miracle Child.” Like the police finding me unconscious in a pile of rubble was part of some grand universal plan. Let the Sky Fall, by Shannon Messenger
9.      My father used to walk with me every morning, back when I was young and blissfully naïve… while I was a part of a family isolated in its perfection, and perfectly isolated because of it. Hereditary, by Jane Washington
10.  They said the only folk who belonged in Deadshot after dark were the ones who were up to no good. I wasn’t up to no good. Then again, I wasn’t exactly up to no bad, neither. Rebel of the Sands, by Alwyn Hamilton

What do you think? Would you read any of these books based on their opening lines (assuming you haven't already)? Which books would be on your top ten? Thanks for reading!